Following our success at the local Poultry show a few weeks back and how unphased the birds appeared with the whole process. We decided that we would enter our birds in the Annual Show this weekend.

To be honest we were rather surprised the other week to have won anything, especially as we had just caught the birds and took them straight there, as opposed to preparing them properly… And most poultry exhibitors take their birds and showing very seriously! 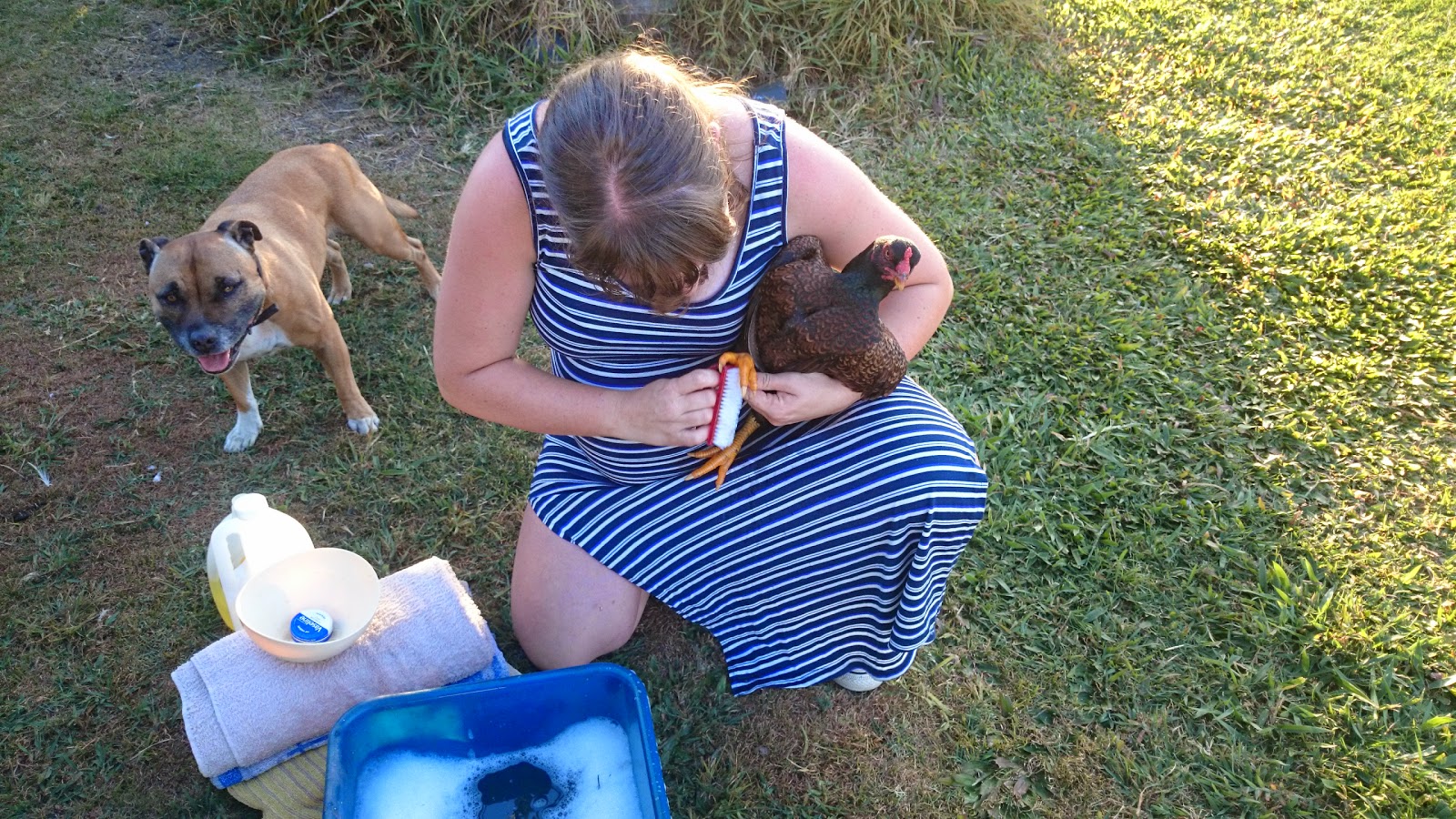 So for the show we thought we best ‘clean’ our birds. So I googled ‘bathing a chicken’… Now there’s a sentence I never thought I’d say, let alone write about!
In general chickens keep themselves clean; they dust bath. Which involves rolling around in dirt and dust (which seems counterproductive). But once they have finished they shake out the dirt and prune themselves. And generally (especially for your home flock) this will be all they need.
Unless you have a chicken with poop sicking to feathers (this generally happens around their vent -back end) and I have used a warm, damp cloth to wipe our chickens bums in the past. Mostly as this can provide interest from other birds, to the area… otherwise known as ‘hen pecking’. And believe me this can become quite nasty!

I have also read about people washing chickens to treat mites. Similar to that of washing a dog or cat for flees I guess.
But neither of us have ever had cause to bath our chooks. So first time for everything.

We began by filling a deep washing up bowl with warm water and mild tea tree dog shampoo. Basically this is what I use for our dogs. Everything I read suggested a mild shampoo, generally suitable for pets or babies. You lather their worst affected areas- legs, back end etc and them work along the rest of the body with the feather direction. 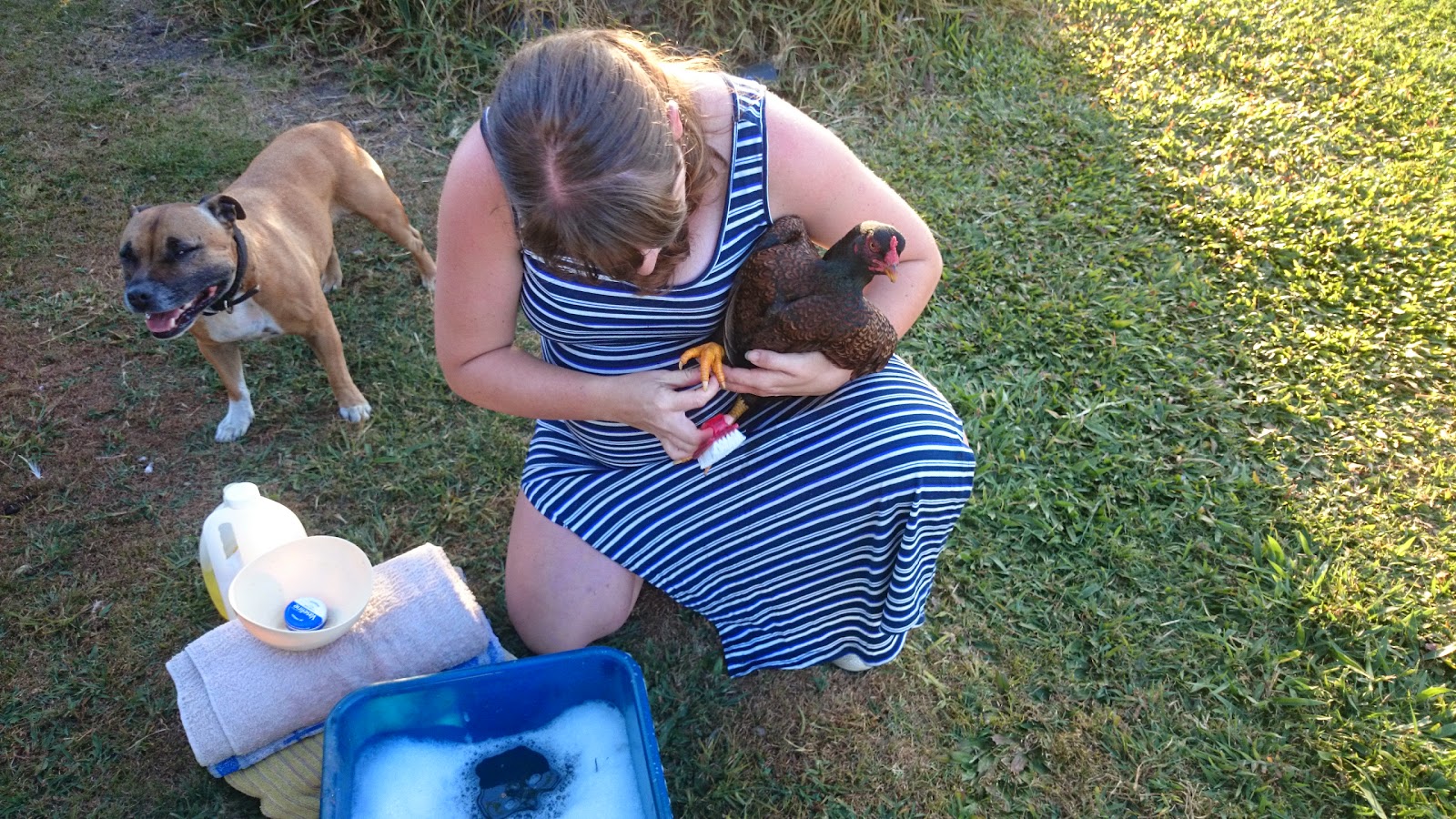 Then to rinse have a separate container with warm water and vinegar. (approx 200ml for 20 litres). Be careful not to use too much vinegar, as I’ve read that this can strip the oils from their feathers. So probably not advised for other poultry species, like ducks and other waterfowl.  But this helps remove the shampoo from their feathers, which I’m gathering would not be too pleasant either. Now some instructions I read used another container to condition and or rinse their birds again… yes with conditioner. We didn’t go that far.
Oh and never let your birds heads go in the water- as they can drown.

Either way once washed you then need to dry your birds. Again most posts I read were directed at soft feather birds (which would make sense) so needed drying with a hair dryer. Ours are hard feather varieties (in this instance anyway) so it was suggested that they be left to dry themselves. Though it also mentioned washing them on a warm day so they don’t catch a cold/chill. And as we were taking them there that evening, I had the hair dryer on standby just in case though as they didn't look too shabby, other than their feet. We decided wipe over their faces and not to  soak the birds, just in case they caught a chill- it is winter after all.

So  I mostly concentrated on cleaning their feet. The scales had a surprising build up of dirt and under their nails definitely needed attention. This mostly involved soaking their legs in the warm soapy water and then scrubbing them with a nail brush, then rinsing.

I must admit I did not attempt to cut any of their nails- though everything I read suggested it was similar to cutting the dogs nails- using a dog clippers and not cutting back too far due to the vein that runs in them. I believe people do this to beaks too; to ensure they are even. Not too sure about this either. 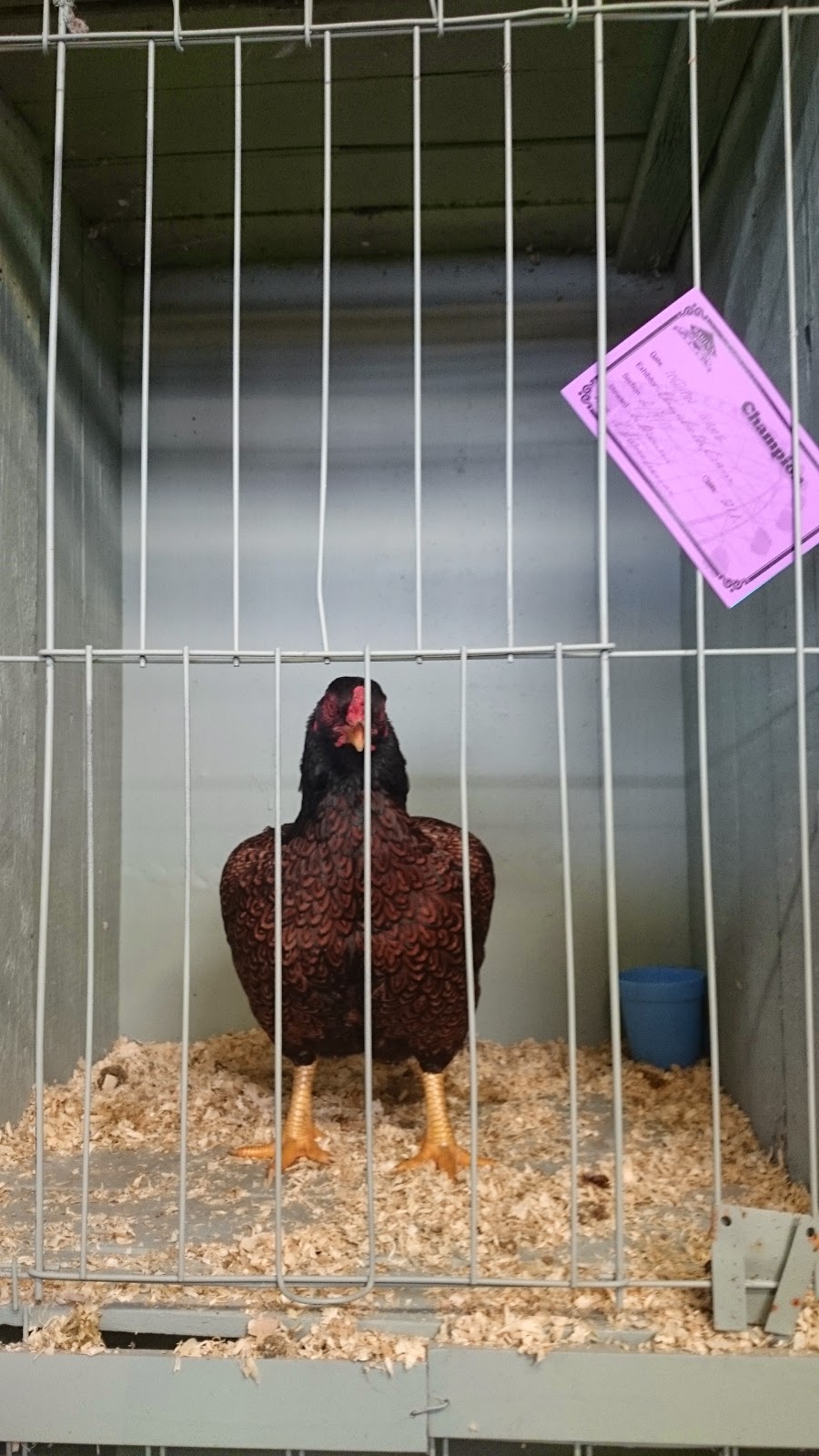 Our efforts must have been worth it as we took home a few 1st places and breed champion for one of our dark hens! 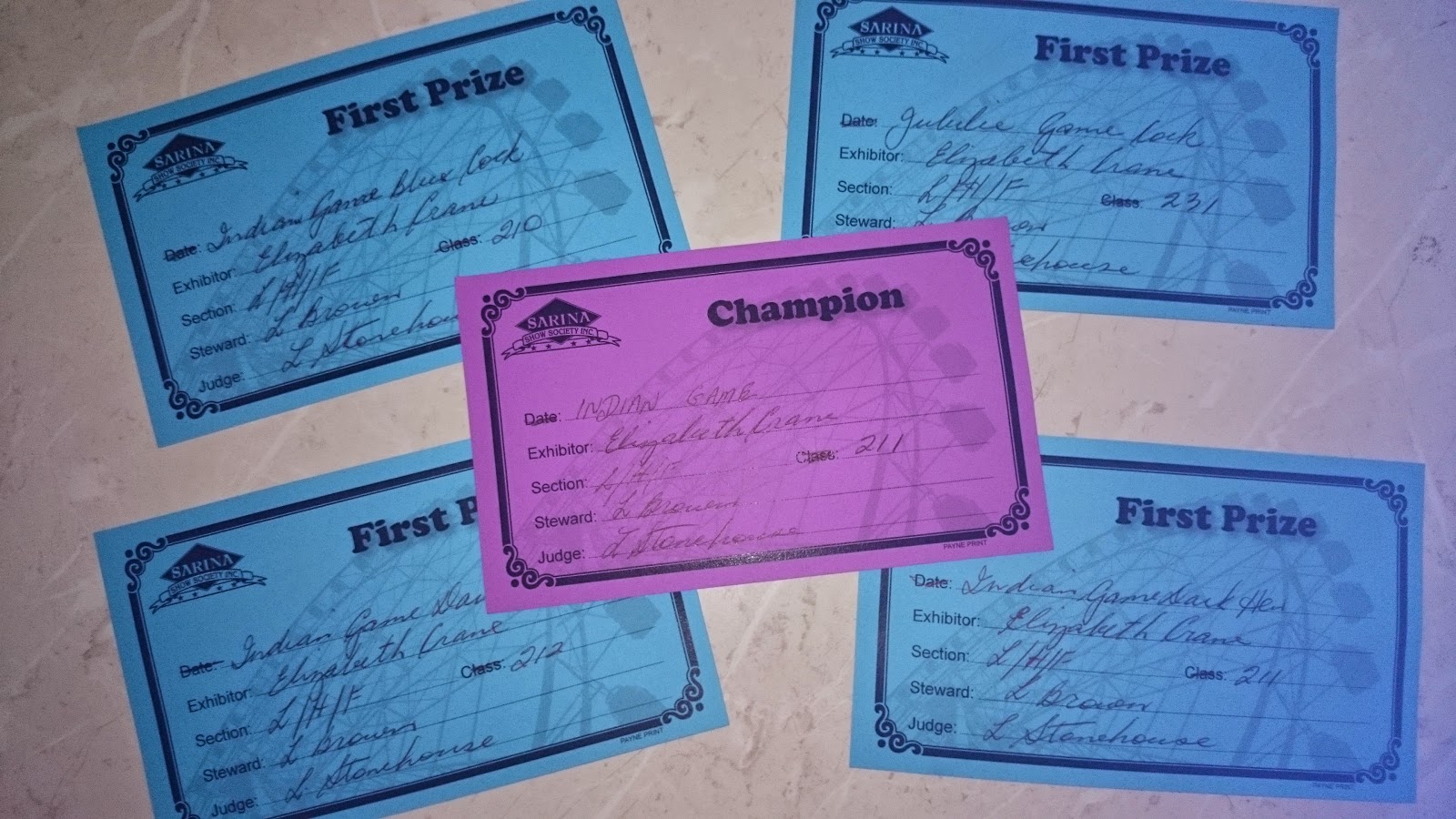