We had estimated Christmas Ham’s due date as Tuesday, give or take a day. For her last litter we were only one day out, this time it was a little more. 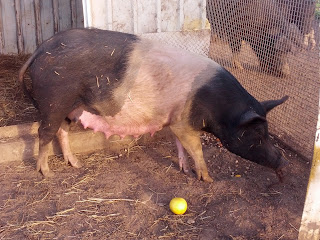 We penned her off a couple of weeks back. Firstly to give her time to nest (farrow), but also as she had been looking bigger than the last litter she had, for quite some time. And were worried, we had got the dates wrong and she would go early. But Sunday she was looking bigger and low. We felt the arrival could come any day… But as the week went on, she kept getting bigger and fuller looking. 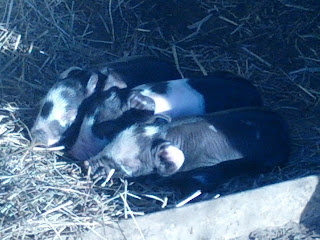 So having spent all week approaching the pen hopefully, I arrived home from work on Friday and could see she was nestled in the shed. Pulled in, raced to let the dogs and birds out of their prospective runs, and hurriedly gathered some food for her and the others. 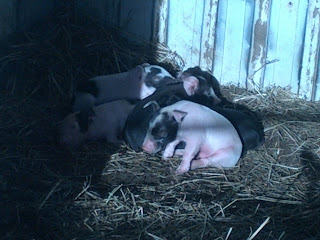 On approach I could see her, she came out of the shed and climbed up the fence as normal… and she was still big. My heart sank. But then I noticed, whilst her teats were big and low, she was not. As I peeked around the corner, there were 3 gorgeous little piglets basking in the sunshine. And a few more nestled in the corner, in the hay. So I began to count 1, 2, 3… 8, no 9! All active, and all healthy; only hours old (if that) and already getting about!
Mum and babies are doing well.


Gratefully filling the cavities in the shed sides with expanding foam appears to have kept their beds dry and warm. As the weathers been a bit cool (in tropical terms) and unseasonably wet! Well for the ‘dry season’.  But they have made their way out and about in the sunny breaks. Long enough for us to get a fairly good look at them. At least long enough for us confirm we have 5 little girls and 4 little boys. 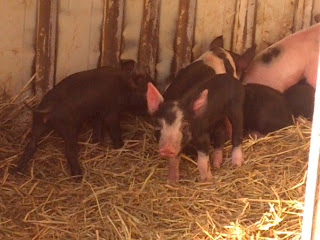 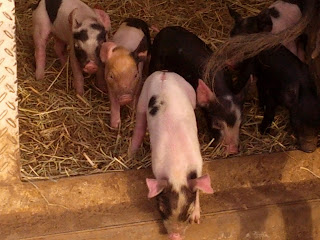 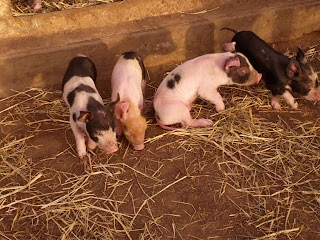 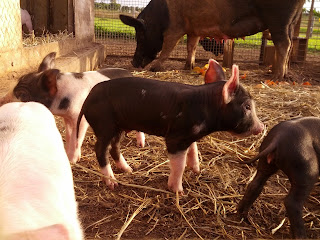 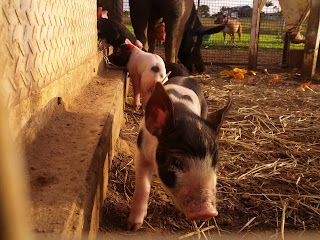 Email ThisBlogThis!Share to TwitterShare to FacebookShare to Pinterest
Labels: For Sale, piglets, pigs