Rain, rain go away and goodbye to piglets and chooks too

Well we have had a very eventful week! 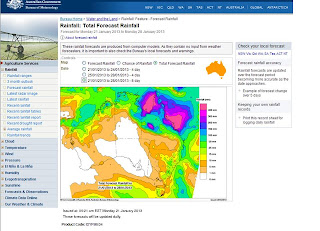 We began the week with a weather warning. This resulted in us having over 390mm of rain over 2 days.

Thursday saw localised flooding; however no one and little property/infrastructure was affected... nothing beyond the expected for this tropical climate. I guess a wet season is a given here and having experienced record flooding in 2008, I was confident our property would with stand that quantity and consistent rainfall. 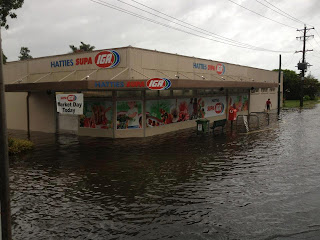 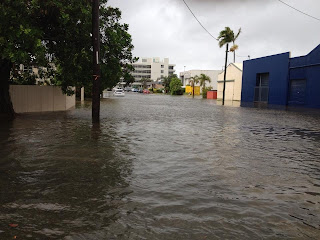 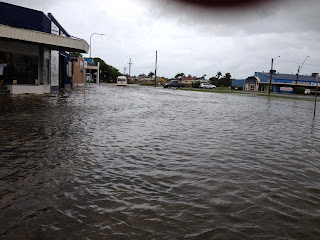 The rain that had been predicted to hit here though passed quicker than anticipated and later dumped almost a meter of water on Bundaberg. The effects being televised the world over, and is still causing havoc throughout the South East and New South Wales.
Fortunately for us the worst affects we felt were a few days without any Telstra services- phone line), no internet and probably the most disruptive was the lack of Eftpos facilities. Our mobiles are not with Telstra, so we still had them. And then Monday evening we lost power for a few hours; so the generators had a good run. Nothing devastating, just challenging to our now ‘civilised’ society. This was no consolation however for my family back in Wales, seeing images of “Queensland” under water. And not being able to make contact. I have since reassured them that we are in fact safe and well.  I fear our greatest challenge is yet to come, as the main highways have been compromised further south; so I foresee supplies being scarce in the coming days. Which on reflection is a minor inconvenience compared the devastating images of the areas affected by the deluge, we were predicted to receive.
With rain comes a flourish in the garden. Unfortunately weeds appear benefit ten fold! SO I did manage to make a dent in jungle that was once my veggie patch. Something that intend to attend to later this week. Hopefully this year will be more successful and productive than last.

The weekend was more eventful in livestock terms. We said good by to our first litter of piglets, as they were collected one by one, to live out their lives in their new homes... some destined to be longer than others. 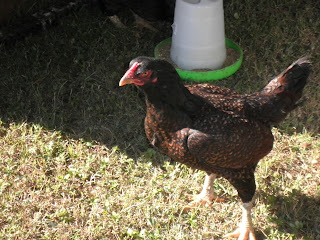 Sunday was also collection day for 5 (4 hens and a rooster)of our first Indian game hatchlings, now 5 months old.  Leaving us with 2 hens to replenish our own stocks and 2 roosters to try for the table. And whilst we said goodbye to some poultry, we welcomed others. As we gained 3 turkeys; 2, 6 month old females and a 1 year old male from another location- so separate blood lines. Which is good, as I think I collected our first egg yesterday morning. I was definitely the wrong shape and texture for a chicken or duck egg, but I think goose eggs are much bigger.
Now don't get me wrong, we don't do this to make money. But the excess stock we sell assists in the costs of raising our own livestock. Therefore making this lifestyle more sustainable... and possible
Posted by maesydelyn.qld@gmail.com at 2:29:00 pm