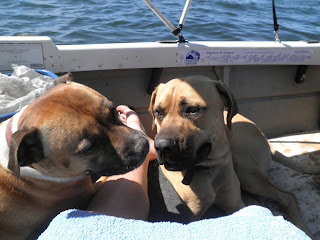 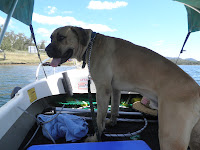 So this weekend we had a bonus long weekend- for the Queens jubilee we had a seconds Queens birthday holiday. Though next year the Queensland government are looking into exchanging this date for either the other Queens birthday (usually in June) or Labour Day, as this is held in May in Qld but on the first Monday of October in many other states. So to make the most of the weekend we hooked up the tinny, packed up the swag and camping gear and headed off to Kinchant dam with the dogs. 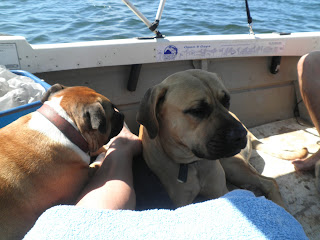 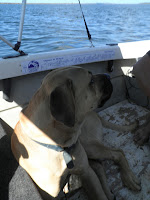 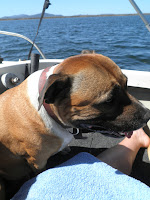 Intention was to try and catch 'red claw' and work out the logistics of having the dog with us onboard. The red claw are a fresh water crayfish. Very tasty and something Matt had tried whilst on his bush trip. He had read of people catching them there, but mostly this dam is used by waterski and jetski enthusiasts. though you do get the odd angler who nabs a Barra. So we sorted ourselvs ot with a fresh water permit and some pots. To give it a try. 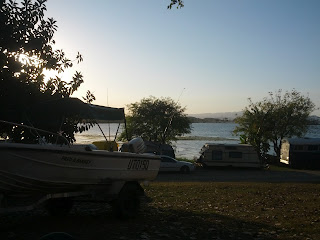 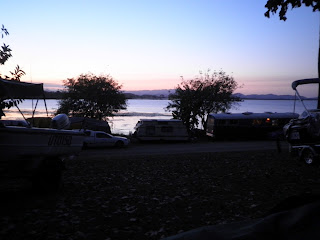 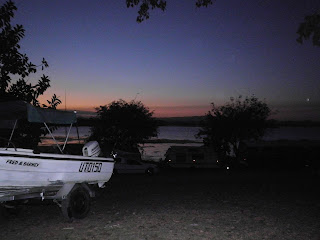 It was Madogs first boat trip. Ffion has been out to sea a few times, both on a camping trip as a pup and on our ‘old’ boat (though it was quite a bit larger). So she is quite familiar with the water and is quite happy as a sea-dog. I think introducing Madog to this process on smoother waters was a good idea; as he’s a pretty big dog for a not so large vessel! Though he did like the wind in his face, and took quite a liking to the crab pot floats, though he resisted the temptation to jump overboard.
Hopefully on our next outing we will actually catch some dinner. But all in all a lovely day on the water, followed by a camp dinner, a sleepless night (due to others on the campsite)  and an early morning dog walk around the deserted dam a dawn. Least this way the dogs could have a run and a paddle.
Posted by maesydelyn.qld@gmail.com at 12:30:00 pm