No fish but lovely day

Well we took the tinny for its first run. We almost landed a beautiful travelly before we'd even finished setting up the rods. Unfortunately that was to be the only bite of the day... other than that we definitely caught the sun! 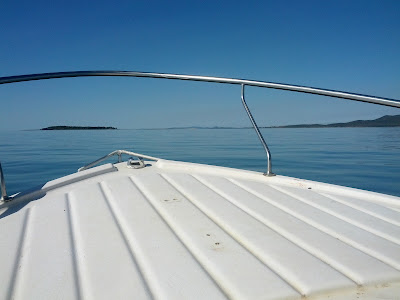 ﻿
﻿
Before we set off on our maiden voyage aboard Fred & Barnie (told you I wasn't sure abou the name) we dropped Rockie and Ronnie off for their show debut- Will update tomorrow on how they went.
﻿﻿
We also had a few more arrivals. But so far 2 ducklings from the borrowed incubator, first to pip had done little more. Poor thing had dried up and was stuck to the dhell. So again broke the rules and helped with the hatching. Unfortunately no signs of anymore.
Also potted my first batch of Augusts seeds. And planted out the strawberry plants and did a little weeding- nearly pulled a few out before realising I had beetroot and fennel coming! So not weeds at all!
﻿
﻿