After moving the tanks on Friday and the full on day thaat was Saturday- 3:45am get up, 4:15 out house, for 5am rego and 6 am start for River 2 Reef Ride. Which went well (over 750 riders). To friends son's first birthday party at 11:30 to workmates anniversary dinner in the evening. So all up rushing round and no time to stop- so Sunday was going to be an easy one! 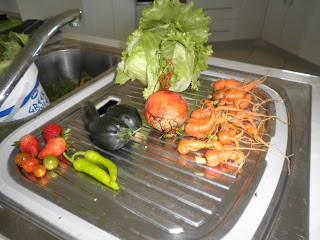 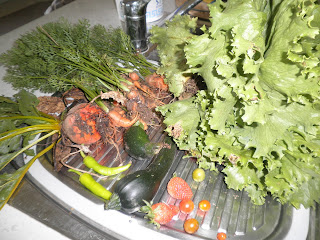 So Sunday's are generally my 'clean out the animals day'- so day starts with shovelling poop and transferring it to my veggies patch- nothing better for the veggies than fresh manure. Whilst I was doing this I had a shout from Matt 'You have a spade?', he was strimming the fencing- electric fencing must be kept completely clear. (so much for a lazy day- guess there's no such thing) 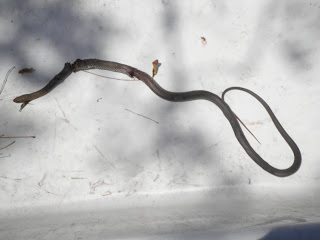 Anyway 'You have a spade?' was because we had an unwelcome and aggressive visitor; who he had startled with the strimmer, but none the less it was aggressive and could potentially hurt us or hurt/kill any of the animal- pets or livestock!
This was our first proper encounter with a snake, since moving in. I had seen one in the garden in the first few weeks; I'd been playing with Ffion and then she started bouncing around, as if to play- but not to me... as I peered over the edge of the patio, there was a snake. So by the time I'd gotten her in the house and located the spade it had disappeared. Pretty fortunate for us both, I guess. Other than that we've be fortunate enough to only see some on the road…So guess it goes to show that you can not be complacent.

Anyway on a more positive note I took my first real harvest from the veggie patch- I know I’ve picked tom’s, chillies and strawberries here and there and had the Bok Choy’s and the odd lime and orange, but Sunday felt like a plentiful bounty of produce. And hopefully there should be many more to come.
Posted by maesydelyn.qld@gmail.com at 10:55:00 am